Skip to content
Home » Help For Your Business » Affiliate Marketing, A Viable Business In 2016?

Affiliate Marketing, A Viable Business In 2016? 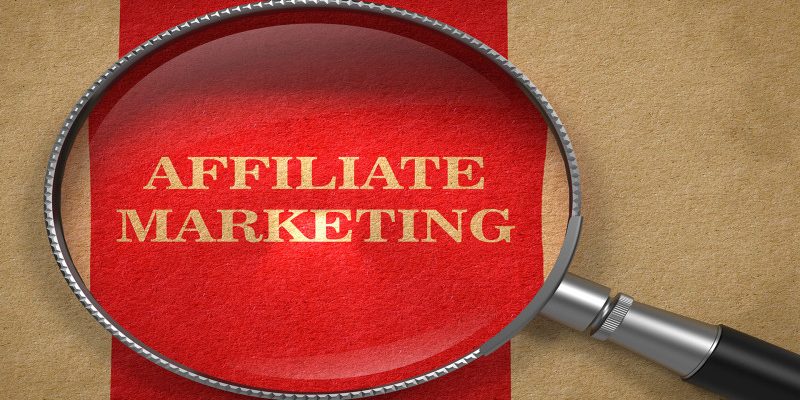 In the early days of online marketing, most big brands struggled to see the yield of investing significant resources in things like SEO and paid search. The early SERP landscape consisted mainly of nimble small businesses and affiliate marketers who recognized the web’s potential as a significant revenue stream.

The original model for affiliate sites was simple: Find a product to promote; find the top 50 keywords for the niche; write 50 pages of technically unique content centered around those keywords and build a website around the program.

As a career affiliate, I can admit those websites had little to no unique value to the consumer by today’s standards. The value these websites had back then was in connecting consumers searching for a product and the underlying brand that sold it — that typically had no search presence themselves.

But big brands began to become enlightened in the mid-2000s. They started to invest more and more budget into online marketing initiatives, while Google slowly moved to favoring them in the search results. Blogs were undergoing a metamorphosis — evolving from glorified online diaries to significant sources of valuable content with increasingly large readerships.

At the same time, it was rumored that Google was actively looking to demote affiliate websites that were using the dated framework in both their organic and paid results.

Affiliates who couldn’t see or move past the old model dropped out of the game. Some of us went on to adapt to the new position of the bar and began to build stand-alone resources that promoted affiliate programs versus building a low-value — and no longer needed — bridge between consumers and brands in the search results.

In reality, the supposed death of affiliate marketing was more of a shift that necessitated more mature efforts and increased resources to find success.

This shift is illustrated perfectly with a quote by author and entrepreneur Seth Godin on his blog: “You don’t find customers for your products. You find products for your customers.”

That was the new strategy affiliate marketers had to embrace and implement to continue to thrive.

So what does the 2016 blueprint for a successful affiliate marketing model look like? A good example can be found in Gawker Media.

Gawker Media And Its Execution Of Affiliate Marketing

Gawker Media is the producer of multiple well-known publications on the web, boasting more than 64 million users per month across its network of sites, which include Gizmodo, Lifehacker, Deadspin and Gawker.com.

Gawker Media didn’t start out with the monetization model of affiliate marketing. Until a few years ago, the publishing powerhouse derived its revenue from display advertising and sponsored content.

But in a world of declining ad viewability rates and ad blockers, it would appear Gawker Media went in search of additional revenue streams — and found affiliate marketing.

Gawker Media flawlessly executes the premise in Godin’s quote. For example, Gizmodo has a large readership looking for information on the latest in technology. And Gizmodo delivers content that is high-quality and informative. The affiliate links within that content are independent and don’t detract from the core value of the content.

Gawker Media’s Lifehacker site centers around solving problems people experience in everyday life. They identify a problem, solve the problem and include an affiliate link to where the user can purchase the solution, when applicable.

In concept, Gawker Media’s content is created to inform, and then they monetize within it where possible. I say “in concept” because I’m sure that their content strategy is not entirely uninfluenced by their ability to monetize it. But the important aspect is that the content their sites produce would still have relevance, purpose and value to a user without being monetized.

Their heavy utilization of the Amazon affiliate program allows them to remain somewhat neutral in their recommendations, as well. It’s hard to mention a product these days that Amazon doesn’t sell, which helps lessen any temptation for publishers to promote one product over another due to the ability to affiliate it.

How Profitable Might Affiliate Marketing Be For The Gawker Media Network?

Assuming a four-percent cut may be underestimating the overall commission rate the media giant averages. Amazon’s commission structure consists of multiple classes of commission rates. Certain product categories have fixed commission rates, while commissions on General Products start at four percent and can go up to 8.5 percent, depending on sales volume.

While Gawker Media likely does a large volume of sales in the fixed-rate commission category of Electronics (four percent), the article fails to look at Gawker Media’s commission potential outside of its direct affiliate links to specific products.

Additionally, Gawker Media makes use of Skimlinks to affiliate any links they’re not taking the time to affiliate directly themselves.

Skimlinks is something of a master affiliate network. Their technology allows them to check the links on a participating publisher’s page, cross-reference that with their database of 20,000+ affiliate programs and see if the site being linked to by the publisher has an affiliate program. If it does, Skimlinks automatically affiliates the link for you and credits you with any commissions resulting from the link.

Skimlinks takes a cut of the commission for providing the service. The standard split is 25/75,with the publisher getting paid 75 percent of the commissions earned. And I’ve seen companies smaller than Gawker Media negotiate better splits with similar companies as a result of sending larger-than-average volume in the past.

Figuring out how much money Gawker Media is taking home from affiliate marketing is a complicated task. Assuming a four-percent take solely on the sales they openly list in their Amazon widgets on their network is probably a severe underestimation.

Fueling the suspected level of increasing importance that affiliate marketing has pertaining to Gawker Media’s revenue is its discernible investment into their implementation of it.

The Amazon widgets Gawker Media uses to display their affiliate offers showing the number of readers who bought the item are not default Amazon widgets, and some of the data contained within them is not data that is readily available in the Amazon API, either.

Longtime affiliate marketer and co-founder of Shareist Scott Jangro suspects that Gawker Media’s Amazon widgets are custom-built. “It looks like they’ve built a system allowing them to capture data that gives them full-circle reporting on what’s getting bought, through which page, and possibly even by user,” he told me. “Showing a count of purchased products for social proof is just one of the many things they can do with this data.”

Gawker Media’s sites also make use of Amazon Sub-tag tracking, a feature only afforded to select publishers that allows them to “monitor and optimize the performance of your Special Links by including different sub-tags in the URLs of different Special Links.”

And recent Ad and Commerce Operations job postings by the company state that the position entails “develop[ing] interesting new revenue sources for the company, helping to expand our successful e-commerce campaigns (which have driven approximately $160m in sales to partners)” and include the notation that “experience with commerce-oriented ad APIs (e.g., Amazon Product Advertising API)” is something that’s nice for applicants to have.

Requests for direct comment from Gawker Media surrounding their use of and investment into affiliate marketing went unanswered. But investing into custom platforms and granular data collection doesn’t seem like something a publisher the size of Gawker Media would be doing unless it were a central part of their current and future overall monetization strategy.

The Continued Growth Of Affiliate Marketing As An Advertising Channel

A study conducted by Forrester Research on behalf of LinkShare concluded that “US affiliate marketing spending will increase by a compounded annual growth rate of nearly 17% between 2011 and 2016, growing to $4.5 billion.”

The majority of “affiliate marketing spend” in the US is in the form of commissions paid out to affiliates, both directly from the merchant and through affiliate networks. The study further claims that buyers through affiliate channels spend more money than the average online shopper.

With Google AdSense showing a decline in revenues being paid out to publishers, and display ad viewability rates falling in an increasingly mobile world, it’s no wonder publishers of every size are looking for potential revenue streams to fill that widening gap.

The acceptance and open implementation of affiliate marketing by a large-scale publisher like Gawker Media has both pros and cons for their smaller-scale counterparts.

As affiliate marketing emerges as a viable native advertising alternative for traditionally display-funded larger publishers, the competition in obtaining affiliate sales will increase. The challengers for affiliate marketing revenue will be stronger in terms of technology and resources.

The bar for what kind of sales volume allows you to negotiate higher commissions from merchants will likely be raised.

But amid the cons, we also stand to see some positive effects on the industry. The adoption of affiliate marketing by larger publishers could help increase the level of acceptance of affiliate monetization models by users as encountering affiliate disclaimers becomes a more regular occurrence.

Larger publishers with more substantial budgets also are positioned to be able to promote innovations that smaller publishers can replicate.

More merchants may see the benefit in launching affiliate programs in hopes of getting exposure on larger-scale websites, which could also result in increased program availability for smaller publishers. It might also force bigger dogs into the fight against the affiliate tax.

But larger and smaller publishers have historically been able to coexist in the display advertising world. I believe they can do so in the affiliate marketing arena, too.

One thing is for sure: Affiliate marketing is still a viable business model. 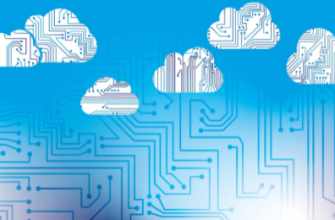 Benefits of Migrating to the Cloud
Cloud has altered the business world enormously.
0706 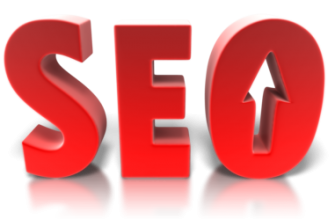 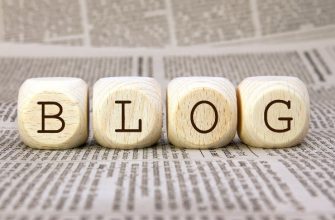 Blogging, A Still Lucrative Option In 2016?
While the word blogging is well-known and widely used
0806 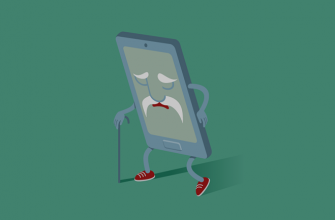